With many authors getting paid less and less for their hard work, it does make you wonder why authors still dedicate so much time to their pursuit of the written word. For me, the answer is simple. It’s as much about the creative process as it is for the money.  We don’t just want to write, we have to. There’s a creative flame inside and once it ignites, it’s hard to stop. Having said that, every author, certainly those who have written a good book deserve to be paid decently for their hard work.

The publishing industry is constantly evolving.  When I first began to get my work published, it was prior to Amazon’s role in the industry and at the time, opportunities for publication were hard to gain.  Once Amazon entered the marketplace, so many changes occurred and they created huge opportunities for writers. It also shook up the whole industry dramatically and created millionaires out of little known writers.

Gradually, this settled into a reasonable income for authors and then the slide began where authors had to constantly market themselves to fight for their place in such an over-populated marketplace.  Traditional publishing methods were under fire and big advances, marketing investments and royalties were all under threat. Many authors jumped on the Amazon band wagon as did those large publishers as a way to promote their authors.

But now that the industry has settled once more, it seems that publishers are doing quite well but, authors are not.

An article in the Guardian earlier this year stated that a full-time writer only earns about £5.73 an hour.  I suspect many earn less than this. Median earnings have plummeted by a whopping 42% making an annual income of less than £10,000. You can read more about that here.

So, for those who signed up with Amazon and with royalties up to 70% per book sale, why are authors still struggling? The problem appears to be a lack of visibility.  Unless you have stumbled upon or, hopefully, researched a small niche area for yourself, you are likely to be fighting against mainstream and well-known authors or, fighting against those who have the money and the time in which to run marketing campaigns.  Competitiveness is expected but, it does reduce the potential to make the same monthly revenue.

At the time of writing this, I believe there is money to be made when writing books but you have to be extremely savvy if you want to carve out your own niche and to earn rewards for your creative endeavours.  Write smart, plan ahead, work out a marketing action plan, without it, you may find that your book sinks without trace and this does not reflect on the quality of your work. 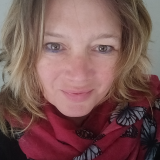 Annette Young is an author and editor and founder of Creative1 Publishing. She has written 16-books in her name and has ghost-written numerous books for clients worldwide. Passionate about the written word, Annette has helped numerous authors to polish their words and to improve their sales potential.